Foreign diplomats, including US Secretary of State Rex Tillerson, have called what Myanmar's military is doing to the Rohingya ethnic cleansing, a charge that its leadership and the country's defacto ruler Aung San Suu Kyi deny.However, the Vatican said the trip — the first ever by a sitting Pontiff — was organized before the refugee crisis occurred, and was never considered a "refugee trip," like the Pope's visit to the Greek island of Lesbos last year."This was about diplomatic relations," said Greg Burke, the director of the Holy See Press Office and the Vatican's spokesperson. He spoke to reporters in Yangon on Wednesday after the Pope gave Mass to a crowd of 150,000 worshipers."This trip could be summed up in one word, not the word you are thinking … it's unity," Burke said. The other word he was referring to was "Rohingya," which activists had hoped he would utter while he was on Burmese soil as a sign of support for the persecuted minority. 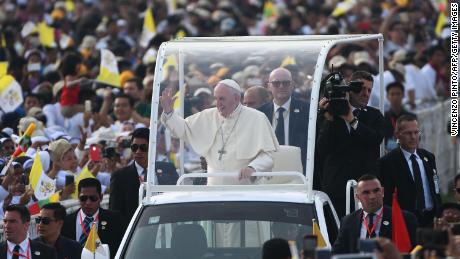 One word to describe the trip

Since August, fighting between Muslim militants and the Myanmar military has prompted a mass exodus of Rohingya Muslims from their villages and camps in southwestern Rakhine State into neighboring Bangladesh. Once in the relative safety of the border camps, the refugees have described systematic rape, murder and the razing of their homes and villages at the hands of the Myanmar military.Aung San Suu Kyi has only ever used the term "Rohingya" publicly when referring to the Arakan Rohingya Salvation Army or ARSA, the militant group active in the region that the government holds responsible for the current conflict.The majority of Burmese don't consider the Rohingya to be citizens of Myanmar, referring to them as "Bengalis," a slur term that is often used as shorthand for illegal immigrants. The Pope's cardinal in Myanmar had advised him not to use the term.

Pope 'not afraid of minefields'

Burke said the Pope, who has in the past referred to the "persecution of our Rohingya brothers and sisters," cannot be questioned on his moral authority because of things he didn't say publicly."The Pope himself won't tell you what happens in private conversations. They remain private. Having said that, if you watched the Pope, he is a very free man," Burke said."Diplomacy by its nature is debatable. If you watch how the Pope moves, he is not afraid of minefields. Whether in the DRC (Democratic Republic of Congo) or not literal minefields, more diplomatic. The trip was on and it remained on. And he is happy to be here."Pope Francis will have spent three days in Myanmar before traveling to Bangladesh on Thursday. There, in the capital of Dhaka, he is expected to meet a small group of Rohingya refugees. The last pope to visit Bangladesh was Pope John Paul II in 1986. 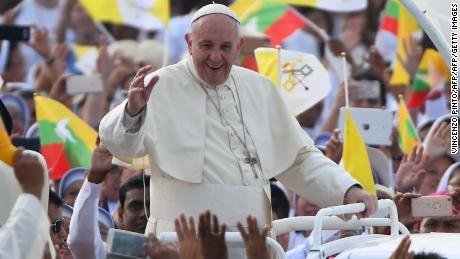 During Wednesday's Mass, Pope Francis focused his sermon on "healing," urging "forgiveness and compassion." "I know that many in Myanmar bear the wounds of violence, wounds both visible and invisible," he told the crowd. "We think that healing can come from anger and revenge. Yet the way of revenge is not the way of Jesus."On Thursday, he conducted mass with for a congregation of young people in St Mary's Cathedral in Yangon, before departing for Bangladesh, where he's expected to meet with Rohingya refugees. Burke said people were free to criticize the Pope's diplomatic methods."I find it very hard to say the moral authority of the Pope is diminished. People don't expect him to solve impossible problems," Burke said. "You'll see him go ahead and you can criticize what he said, what was not said, but his moral authority is not questioned here."

Misunderstanding in Congress should be forgiven, forgotten for moving forward: Gehlot

North Koreans insisted on parity in all aspects of Trump-Kim summit, official says