Trump's flippant comments about his nuclear prowess — akin to "mine is bigger than yours" schoolyard taunts — raise new questions about whether the President has thought deeply about the awesome destructive power at his command.His outburst also elevates Kim, leader of an impoverished autocracy using a nuclear program to ensure its survival, to a tit-for-tat confrontation alongside the President of the United States."Will someone from his depleted and food starved regime please inform him that I too have a Nuclear Button, but it is a much bigger & more powerful one than his, and my Button works!" Trump tweeted.The tweet was remarkable not just for its content but for the fact it was generated by a President, the holder of the office that for decades has been the effective guarantor of a US-enforced 70-year era of global peace.Other US presidents have privately considered the use of nuclear weapons since Harry Truman unleashed the horrific wrath of atomic warfare on Hiroshima and Nagasaki to end World War II in 1945. 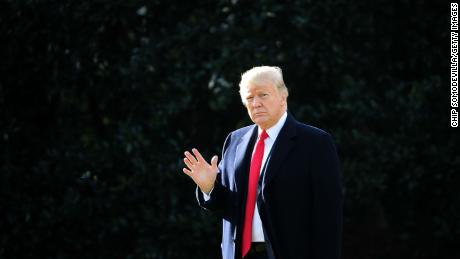 But before Trump, no US President has made such public and cavalier threats, apparently relishing the power he wields as the person who could, by himself, deploy America's earth-shattering nuclear arsenal within a matter of minutes.Trump's gambit is all the more risky since it is likely to alienate US allies, anger key world powers like Russia and China that Washington needs to resolve the standoff and because no one knows how the unpredictable Kim will respond."To call it juvenile would be an insult to children for what he did tonight," retired Adm. John Kirby, a former State Department and Pentagon spokesman told CNN's Jake Tapper on Tuesday."I do think in the halls of the Pentagon and the State Department, there has got to be a lot of concern over this, because he is the President of the United States. His tweets are going to be taken as official policy," said Kirby, now a CNN analyst. "There is no question they are going to lead to miscalculation and confusion over there."

Trump's salvo raised questions about how far he appreciates the gravity of the standoff with North Korea that Adm. Mike Mullen, former chairman of the Joint Chiefs of Staff, warned Sunday is heading ever closer to nuclear war.It will inevitably ratchet up fears in Northeast Asia that raging tensions between the US and North Korea could trigger a miscalculation that could quickly lead to the most ruinous conflict in many decades.And his intervention also appears likely to undermine what has been his successful effort to get world powers to line up alongside the US to impose themes punitive sanctions yet on the Stalinist North.The President hit back after Kim's New Year's message, in which he warned that he had a nuclear button on his desk "at all times."Trump's move was remarkable on many levels. 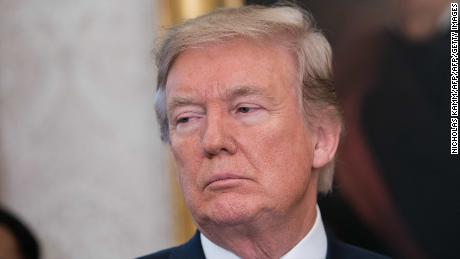 It illustrates how he has turned the United States from being a bulwark of stability and sobriety in the international system into an agent of disruption and unpredictability in his own volatile image.It also undercuts the idea that his unpredictable instincts are reined in by more experienced administration officials, such as Defense Secretary James Mattis.There was no immediate reaction from the White House or elsewhere in the US government about Trump's shocking tweet on Tuesday night.But it came on wild day, when the President, back in Washington after his Florida vacation, fired off a set of bizarre and inflammatory tweets that included a call for his own Justice Department to jail one of his political enemies — Huma Abedin, Hillary Clinton's closest aide, and a suggestion that the "deep state" was conspiring against his presidency. He also claimed credit for the stellar performance of commercial jet airlines worldwide, with no fatal crashes recorded last year — even though he had nothing to do with the industry's safety record.

Trump's fraught day is also likely to raise new questions about his temperament and capacity to fulfill the profound responsibilities of his position, a debate that raged last year after previous Twitter tirades, and blasts against Kim, who he branded a "Little Rocket Man" on a suicide mission.But even though the President is tweeting with abandon about the possibility of nuclear war, his supporters are likely to be unfazed and are sure to accuse the media of overreacting.Many Trump supporters believe it is past time for the US to treat North Korean leaders with disdain and to fling its own rhetoric right back — given the failure of presidents over 20 years to halt Pyongyang's nuclear program.And Trump's broadside at Kim, in a domestic context, could make him look tough to some, long a key to his political appeal.Some supporters will no doubt cite the "madman" theory — the idea that Trump could be shrewdly maximizing his leverage by making the North Koreans and other Asian powers believe he may actually use nuclear weapons.And the White House can credibly argue that the carrot-and-stick diplomacy and "axis of evil" rhetoric used by various Presidents to deal with North Korea has failed to convince Pyongyang to give up its nuclear drive.

Yet the fact that Trump is talking so frivolously about nuclear weapons is striking and his tweet also raises strategic questions.It is unclear for example whether the President is revealing an assessment by US intelligence agencies about the potency of the North Korean program since he appears to suggest that Kim's nuclear button doesn't work.The great fear of nuclear experts is that North Korea will this year succeed in tipping a ballistic missile with a nuclear device that could hit the US mainland. One way of reading Trump's tweet is that Kim is short of that point so far.Kim has anchored his regime on the idea that the United States, the North's enemy in the 1950-1953 Korean War is bent on destroying the communist regime in a nuclear strike. In that sense, Trump's missive plays right into the hands of the reclusive regimes propaganda conceit, much as his threat to rain "fire and fury" on North Korea did last year.The President's outburst also may widen the divide between his government and the administration of South Korean President Moon Jae-In, who has just responded positively to a North Korean offer of talks — widely seen as an attempt to drive a wedge between Seoul and Washington.

Taiwan by bike: Around the island in 12 days