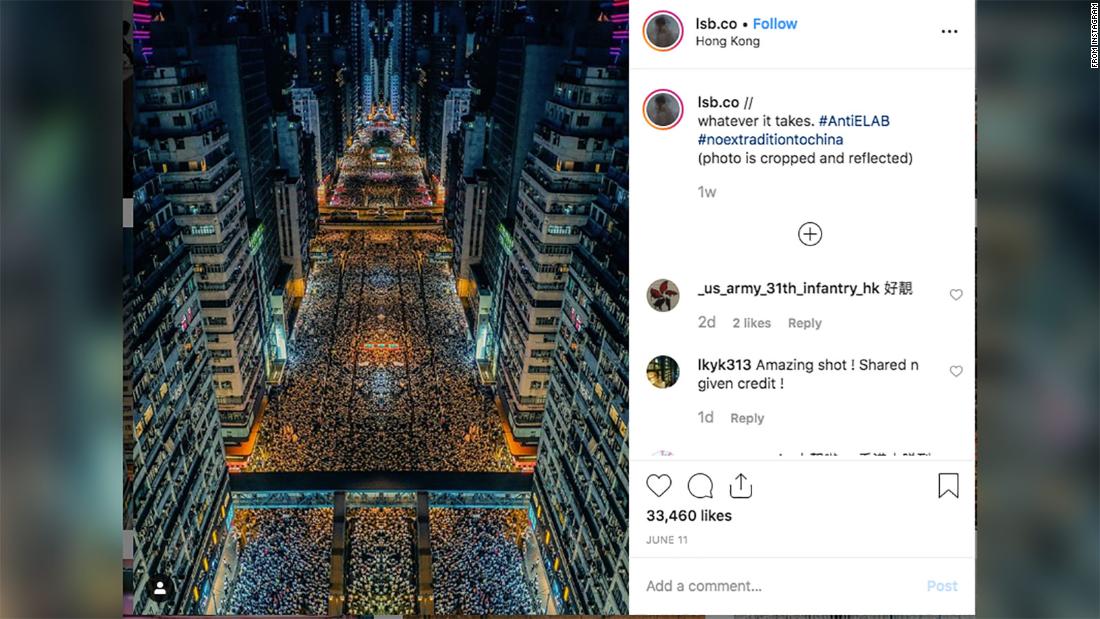 The problem is that the image was heavily edited — cropped and mirrored — to multiply the size of the crowd and make it look perfectly symmetrical. It's also mislabeled, as the original photo was taken a week earlier at another anti-extradition rally.The image is the first result of a Twitter search for "Hong Kong protests," with more than 28,000 likes and 8,000 retweets. It's also been reposted on Instagram by people including Nathan Law, founding chair of the pro-democracy group, Demosisto. The image's original author, as first reported by the Asian news site Coconuts, is Deacon Lui, who shared it June 11 on Instagram with the caption, "whatever it takes. … #noextraditiontochina (photo is cropped and reflected)."Lui cropped the original picture, which he shared June 10 on Instagram, and reflected it using Photoshop, he confirmed to CNN. He took the original shot, which shows a sea of protesters on HennesseyRead More – Source

Murder suspect who triggered Hong Kong protests is a ‘free man’ with ‘free will’: Carrie Lam