Trump warns Iran of obliteration if war breaks out 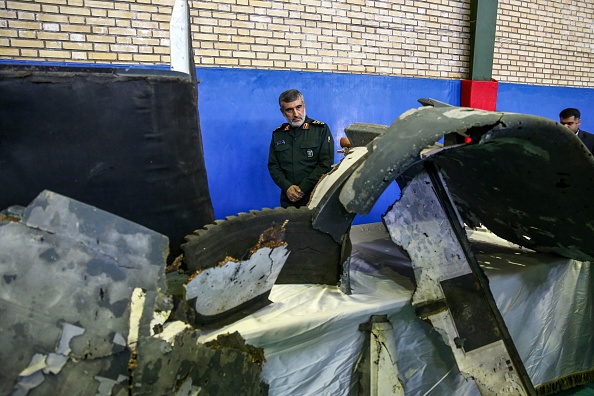 US President Donald Trump has warned Iran would face “obliteration like youve never seen before” if war broke out, but insisted he does not want a conflict.
In an interview with NBC, Trump said there were no pre-conditions for talks with Iran, but warned the US would not tolerate nuclear weapons.

Read more:Trump: I cancelled Iran military strike to avoid 150 deaths
“You cant have nuclear weapons,” he said. “And if you want to talk about it, good. Otherwise, you can live in a shattered economy for a long time to come.”
The US president also discussed his last-minute decision to call off air strikes on Thursday night after Iran shot down an unmanned US drone.
Trump said that while no planes were in the air, the plan was “ready to go, subject to my approval”.
“Things would have happened to a point where you would not turn back, you could not turn back,” he said.
Trump said he called off the attack after he was told 150 Iranians would be killed.
“I didnt like it. I didnt think it was proportionate,” he said.
Iran yesterday said it refrained from shooting down a US spy plane accompanying the drone that had 35 people on board.
Tensions between the two countries have been mounting since Trump last year pulled out of the international Iran nuclear agreement, which is designed to curb Irans nuclear ambitions.

Will the next iPhone charge wirelessly?