US runs into opposition from Russia, China on North Korea sanctions

Pompeo expressed frustration at a United Nations meeting Thursday that some countries were not strictly abiding by sanctions on Pyongyang, a major part of the US strategy to get North Korea to dismantle its nuclear and missile programs, along with President Donald Trump's efforts at personal diplomacy. "It is imperative for members of the United Nations to take that to heart," Pompeo said of the need to maintain pressure. "Enforcement of UN Security Council sanctions must continue vigorously and without fail until we realize the fully, final, verified denuclearization. The members of this council must set the example on that effort, and we must all hold each other accountable."

But in the same meeting, the representatives from Russia and China pushed back on Pompeo, asking the US to make concessions or back off its push to maintain sanctions.The Chinese foreign minister, after praising US engagement with North Korea and in particular the announcement that Trump will hold a second summit with Kim, suggested the Trump administration give North Korea something it has long sought: an official end to hostilities between the two countries."A timely declaration of an end of war … would help build basic trust, further facilitate denuclearization and put in place [conditions] for a final peace accord," said Wang Yi. "In China's view, a political and wise decision must be made." 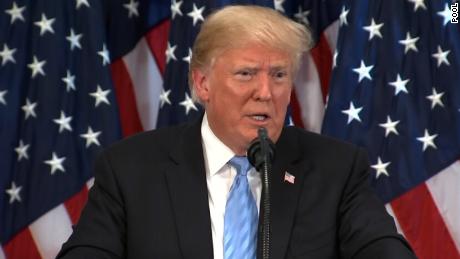 Russian Foreign Minister Sergei Lavrov said that steps by the Democratic People's Republic of Korea, including the dismantling of nuclear sites and a cessation in weapons and missile testing, should be followed by an easing of sanctions."It is unacceptable for sanctions against the DPRK to become an instrument of collective punishment," Lavrov said, according to UN translators. "Against a backdrop of readiness of Pyongyang to cooperate … it seems inappropriate and untimely when our Western partners have imposed a course of tightening sanctions against Pyongyang."Pompeo outlined a few of the sanctions violations the US has become aware of. He noted that North Korea had breached a UN-mandated cap on petroleum imports through smuggling and that its coal exports, which fund its weapons programs are continuing. He also noted that some Security Council members were violating a UN resolution that barred the use of North Korean workers, a possible reference to Russia and to China, both of which have used large numbers of North Korean workers in the past. "The United States is troubled by recent reports that member-states, including members of the Security Council, are hosting new North Korean laborers," Pompeo said. "This violates the spirit and the letter of the Security Council resolutions that we all agreed to uphold." 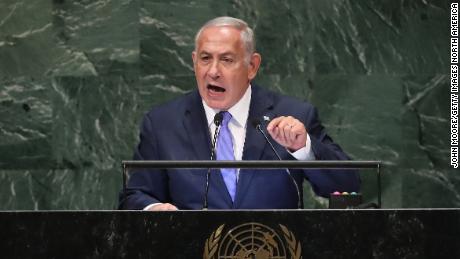 Pompeo said the US and North Korea are "well into a diplomatic process and we want, indeed we hope, to see this through to a successful end." Pompeo said he would be traveling to "Pyongyang next month to meet with Chairman Kim and accelerate that process." In September, US Ambassador to the UN Nikki Haley accused Russia of "cheating" and acting like a "virus" for helping North Korea evade international sanctions through ship-to-ship transfers on the high seas. Russia's ambassador to the UN denied the accusation and said Haley had made an "emotional statement." In his address to the General Assembly, Trump heaped praise on Kim, claimed great progress has been made with North Korea and insisted that sanctions against Pyongyang would remain in place until the country has denuclearized. "I would like to thank Chairman Kim for his courage and for the steps he has taken, though much work remains to be done," the President said. "The sanctions will stay in place until denuclearization occurs," he said.

Trump’s latest round of China tariffs are coming

Six-year BJP rule has been of mismanagement, immense despair and agony: Congress